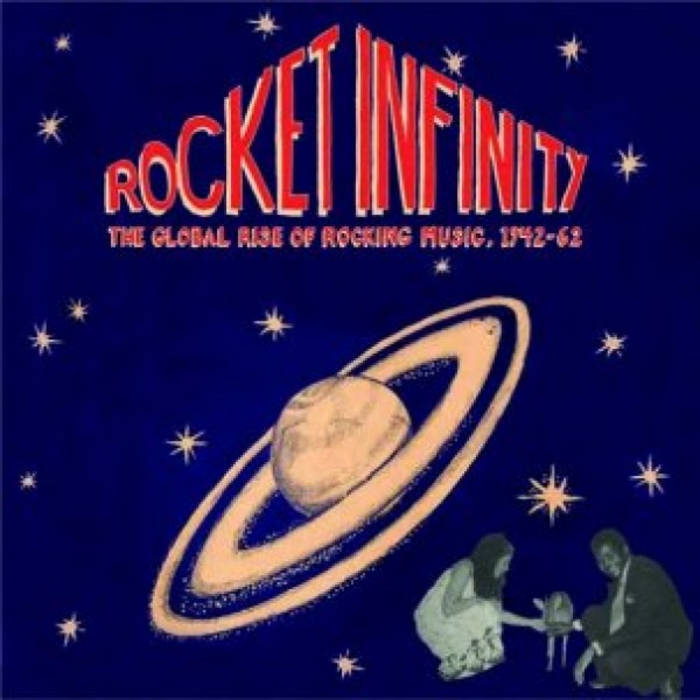 Shaggy Maggot Surely if there had been the InterWeb back then these could have been bigger hits and now less obscure. It certainly ain't "Pat Boone in his white tux" or the other bland WASP acts favoured by dominant record labels of the time. Favorite track: Crazy Polka.

2. Skokiaan – Cold Storage Commission (Zimbabwe)
Recorded in the late 40s for the Gallotone label in what was then Rhodesia by the group under the direction of Shona bandleader August Musaruwa, “Skokiaan” was issued years later in South Africa in 1954 to massive success and, when it was licensed by London Records for release in the US and UK, charted in the top 20s of both countries. (Kentucky-born rock performers the Everly Brothers have described it as the first rock n roll record they ever heard.) Scores, if not hundreds of cover versions, some of them huge hits themselves, were recorded over the next decade in at least 10 countries. The ensemble in the original version is two saxes, two banjos, trumpet, string bass, and drums. The name of the song comes from a variety of local, rugged and potentially dangerous, homemade bootleg booze, made from start to finish in a single day for a party that same night.

3. Samisen Boogie Woogie – Ichimaru (Japan)
Composed by Osaka-born jazz maverick Ryoichi Hattori (b. October 1, 1907; d. Jan. 30, 1993) with lyrics by Takao Saeki, “Samisen Boogie Woogie” was a hit in 1947 for singer Ichimaru (b. July 16, 1906; d. February 17, 1997). Born with the name Mitsue Goto into poverty, Ichimaru left home at 14 or 15 and became a waitress and geisha. She studied samisen, the three-stringed banjo, as most geisha did but took music much more seriously than most. She was first recruited to perform on records in 1931 to immediate success, allowing her to leave a life of service for the life of an artist. In the late 40s, fascinated with American jazz, she had a popular radio show. This piece, slight thought it may be, is from 1949, just 4 years after the bombing of Nagasaki and Hiroshima. Ichimaru was honored many times in her life and is fondly remembered.

Side B
1. La Buena Vida – Los Golden Boys (Colombia)
Formed in 1960 by the brothers Guillermo (saxophone) and Pedro (guitar) Jairo Garces, both of whom are now passed, Los Golden Boys are still going under the direction of Jairo Velasquez. This track, one of their earliest, is of the gaita style of cumbia, named for a reed pipe with the pipe’s place taken, in this case, by the electronic organ.

2. Crazy Polka – Lil Wally (Chicago)
Walter Jagiello was born to Polish immigrants in Chicago on August 1, 1930, began performing as a child, and taught himself drums and “button box” Chemnitzer concertina. In his mid-10s, he dropped out of school and devoted himself to music, leading his own band at the age of 14. He recorded first around 1941 at the age of 10 and had founded his own label, Jay Jay, by the age of 21, one year, coincidentally, after Chess Records was founded across town. Jay Jay released hundreds of records by many artists over the next 40 years and earned him four gold records and two platinums. This one was made around 1954, when Wally was still in his early 20s, as the music of Slavs in America was undergoing a similar transformation as country and blues, becoming harder and louder. He went on to compose literally thousands of songs for people to dance, drink, and sing along to; perform for the Pope; play on the Lawrence Welk show; have his own club, record shop, and radio show; and get a record in the Top 30. He was, along with the Slovenian-American bandleader Frank Yankovic, one of the first two people inducted in the Polka Hall of Fame. Not a bad life, all in all. He died August 17, 2006 in Miami.

3. Whistlin’ Boogie – Sister Slocum & her Little Brother (Cincinnati?)
A deeply obscure electric organist, Sister Slocum released a handful of cornball recordings in 1949 accompanied by wood block percussion. This 1950 novelty tune in the “hillbilly boogie” genre that gained popularity through the 40s and fed into the style of nearly every white American rock n roller of the 50s.

4. Rak Ron Ying Kwa Det – Gunga Din (Thailand)
Thai music researcher Peter Doolan tells us that Gunga Din was the stage name of singer and impresario Nakhon Thanomsap, who performed songs like this one in blackface. The melody here, Doolan points out, is borrowed, incredibly, from American country singer Jerry Reed’s 1957 recording “Rockin’ in Baghdad,” itself an “oriental” pastiche on rock-n-roll, re-Orientalicized by Thanomsap.