And Two Partrigdes: From the Earliest Commercial Turkish​-​Language American Recordings, 1912 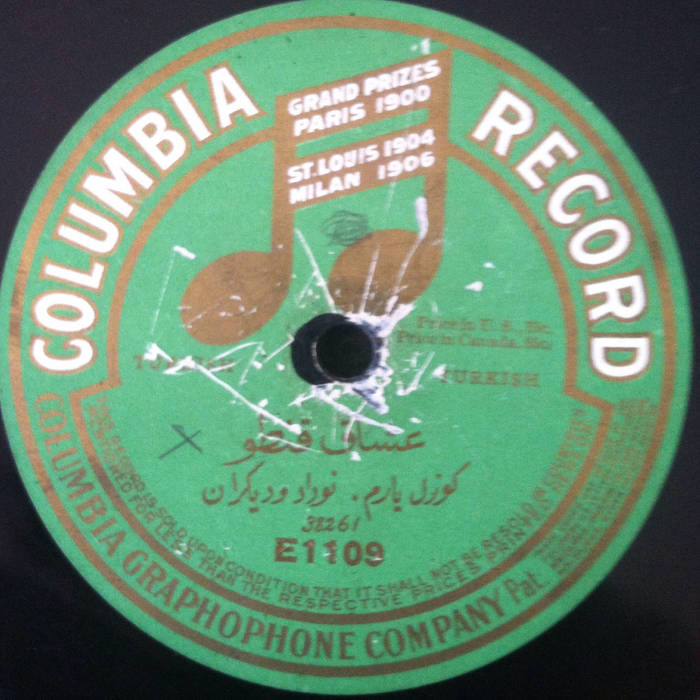 The first recordings in America for commercial release in the Turkish language were by Columbia Records in Manhattan at their studio in the Woolworth Building on Broadway starting September 13, 1912. Further sessions were made in September 30th and October 24th of that year. A total of 24 performances recorded that year were issued as part of their E ("ethnic") series, 20 of them on 10" discs and two on 12"s. Two-thirds of them are presented here.

Another ten songs were recorded in September 1915. By the end of the next sessions in Febraury 1916, 44 songs in Turkish were recorded by Columbia in total. This collection and its sequel (including 1915-1916 material) present less than half of that production. They are presented here in strict chonological order in which they were recorded. All are first takes. The performers, assembled by M.G. Parsekian who had already been in the business of importing discs from the Near East for the immigrant community, included three Armenians and one Assyrian.

From mid-1916 through the First World War and into 1919, Columbia increased its production of recording of immigrants from the Ottoman Empire generally, producing scores of records in Turkish, Arabic, Armenian, Kurdish, and Ladino, and its main rival Victor Records entered the game, producing its own recordings of Ottoman immigrants. In 1919 when both labels ceased to market domestic recordings in Turkish except for rare instances of Turkish-language performances by Greek performers. Shortly thereafter, small, independent labels, including Parsekian's own label out of West Hoboken (subsequently sold to the Pharos company of 3rd Ave in Manhattan at the Vartesian Brothers jewelry and watch repair shop) quickly filled in the market gap.

These recordings were made acoustically. That is to say, they were made through purely mechanical methods,more than a decade before the introduction of the microphone. We have made only light restoration to the sound and present the performances largely as they were found on deeply flawed discs. We assume that their historical interest will be appropriate to the venue, making them available to those interested at a negligible cost.

Credits and titles are given as they were on the original disc labels and within the files consulted by Richard K. Spottswood for his discography Ethnic Music on Records: A Discography of Ethnic Recordings Produces in the United States, 1893 to 1942, Volume 5: Mid-East, Far East, Scandanavia, English Language, American Indian, International, drawn from CBS file notes.

Harry Kezelian has provided the following translations from the Ottoman Turkish script on the original disc labels:
2. Norar & Dikran - 'Ushak Kanto, Guzel Yarim
3. Saba Ghazel
6. Dikran Effendi - 'Ushak Ghazel, Raziyim Her Ne
8. Karekin & Dikran - Hijazkiar Sharki, Iki De Keklik
9. Hussein Bishrev
10. Hussein Ghazel
Kezelian also points out that the titles for tracks 1 and 7 seem to have been switched, so the titles ought to be similarly switched. We have not made that correct to the track lists so that others will be able to refer to them as they were issued.