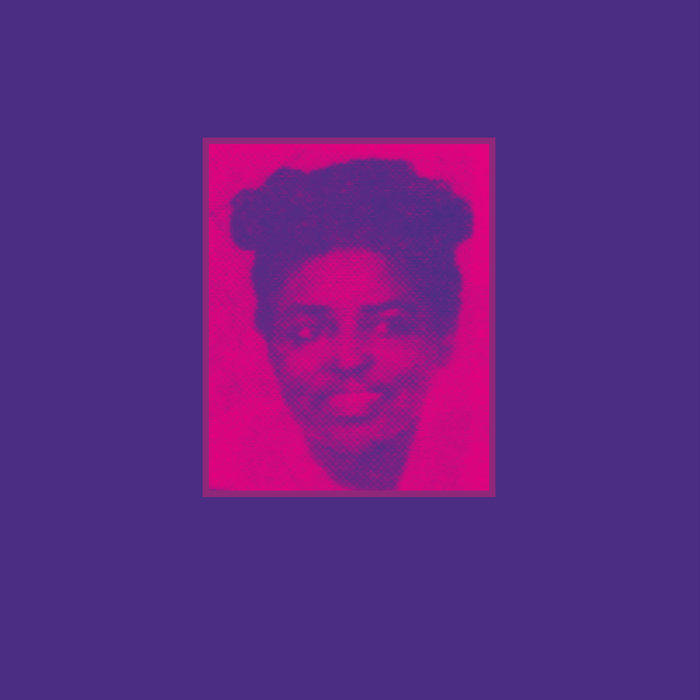 ronspin I have loved the dixie Humming birds since the 1960s, but have never heard their early work--amazing. Listening to all this wonderous harmony and spirit comes close to restoring my lost faith in Christianity.

EMD What you need much more

this fine Sunday morning than

Jeremy Rials End of times, social, political gospel that will make your hairs stand up. Favorite track: Where Shall I Go?.

chicagoblues Hey, I thought I was due a copy of the limited edition vinyl as I prepaid months ago. Do not believe I have received it - what gives?

Side A
1. Two Gospel Keys - I Love Traveling
Guitarist and singer Emma Daniels (born ca. 1885) and tambourine-player and singer Mother Sally Jones (born ca. 1876) were from Augusta, Georgia. Members of the Church of God in Christ, they began performing together in the early 1930s in Harlem. They recorded a total of sixteen songs in the 1940s. Their career peaked in in 1949 when they performed at the Gospel Train show presented and headlined by Paul Robeson at the Rockland Palace.

2. Sister Marie Knight and the Sunset Four - Where Shall I Go?
Marie Roach was born in either Florida or Georgia June 1, 1920 and raised in Newark, NJ. This is the B-side of her first record, made in 1946, preceding her five-year association with Sister Rosette Tharpe. She performed and recorded both sacred and secular music well into her 80s and died in Harlem, New York City, August 30, 2009.

3. Southern Sons Quartette - I'll Fly Away
The Southern Sons were formed in the 1930s and started recording in 1941 for the Bluebird label before recording for the independent Trumpet label in in Jackson, Mississippi including this performance made on December 4, 1951. Various lineups performed over 40 years. The group here is David C. Smith, James E. Walker, Roscoe Robinson, and Sammy Downs.

4. Dixie Hummingbirds - What Are They Doing in Heaven Today
Formed by high school students in Greenville, South Carolina in 1928, the Dixie Hummingbirds started recording in the late 30s and relocated first to Washington D.C. and then Philadelphia. Lead singer Ira Tucker joined in 1938 at the age of 13. This performance of a song written by group founder Paul Owens was was released in April 1952 with Owens, Tucker, Beachey Thompson, James Davis, and William Bobo singing.

5. Bells of Joy - I’ll Work Lord
The Starlight Singers formed in Austin, Texas in 1947 and changed their name shortly before recording this song in 1951, the B-side of their runaway hit “Let’s Talk About Jesus.” The record’s instant success caused the members of the group - A.C. Littlefield. A.D. Watson, Buford Johnson, Booker T. Hicks, Eddie Watson, and Wilman Reed - to quit their jobs as porters and custodians and put them on the road for over a decade. Iterations of the group continued until the retirement of Watson, the last original member, in October 2020 at the age of 90.

6. Selah Jubilee Singers - I Want Jesus to Walk Around My Bedside
Thermon Ruth was born in South Carolina in 1914 and raised in Brooklyn, New York where his family joined St. Mark’s Holy Church in 1925. He joined the Selah Jubilee Six at his church and started touring in 1937. In the early 40s they were located in Raleigh, North Carolina, where they had a daily radio show. Relocating back to New York City, they were regular radio performers and recorded from 1938 to 1949. This performance of a song written by Thomas Dorsey is from about 1939. Versions of the group (including their secular incarnation, The Larks) performed into the mid-1950s. Ruth died in 2002.

7. Flying Clouds of Detroit - Good News
The Russell Street Usher Board Four were formed in 1929 in the Paradise Valley section of Detroit. They toured Ohio, Illinois, and Missouri in the 30s as their lineup fluctuated and started performing on radio in Windsor, Ontario and Detroit around 1940. In 1942 they changed their name to the Flying Clouds. This was their first recording, made May 1946 for the Haven label run by then 24 year old Bob Thiele (who subsequently ran or produced for many other labels including Impulse!, Verve, and Flying Dutchman). At this time of this recording, the group consisted of founding member John T. Evans, Elmer Stallworth (from St. Louis, previously of Friendly Brothers), Anderson Lee Hall (from Dallas), Leon Milton Irving (or Ervin of Pittsburgh, formerly of the Silver Bells), and William “Winder” Turner (of Arkansas). They recorded for several other labels until 1953 and performed sporadically until 1957.

8. Angelic Gospel Singers with the Dixie Hummingbirds - One Day
Margaret Wells Allison (b. Sept. 25, 1921) formed the Angelic Gospel Singers in Philadelphia with her sister Josephine McDowell, Ella Mae Norris, and Lucille Shird in 1944. They began recording in the late 40s and continued prolifically through the 1980s. This recording, one of several they made with the Dixie Hummingbirds, their touring partners at the time, was made in 1952. The group continued to perform until Allison’s retirement, just a few years before she died in 2008. The song was originally written by the Dixie Hummingbirds’ Paul Owens and Ira Tucker, who recorded it first in 1946. It was rearranged with Bernice Cole and released March 1952.

9. Rev. W.M. Anderson & the Jordan River Singers - (Won't We Have a Time) When We Get Over Yonder
Only six songs were recorded by this group in Nashville, Tennessee ca. 1951-52, this one having been released in 1951.

Side B
1. Rev. Kelsey - Little Boy
Samuel Kelsey (b. Sandersville, Georgia, April 27, 1887; d. Washington, D.C., January 8, 1993) began preaching in Augusta, Georgia during a stint in the military. After traveling with a Holiness-Pentacostal crusade, he settled in DC in 1923, where he sang first on street corners and tent revivals before establishing his four decade long radio ministry in 1936. He recorded about 30 performances for MGM records over several years, including this one, among his first and his most successful, which was recorded live in his church in 1948. He was made a Bishop of the Church of God in Christ and traveled to preach and sing in England and Germany in the mid-60s. This disc was issued in several European countries.

2. Gospel Stars with Mae Gooch - Jesus Gave Me Water
One of only eight songs recorded by the Washington D.C. group of singers Mae and James Gooch, Lois Russell, Arthurine Strothers, and pianist Fannie Tappin in the years 1948-49. Georgia native Mae Gooch, whose father was a bishop of the Church of God in Unity, founded the group in 1945. Another lineup of the group, relocated in Detroit, retaining only Mae Gooch and Lois Russell (also born in Georgia), released an LP on Tamla in 1961.

3. Kings of Harmony of Alabama - Precious Lord
Members of the Kings of Harmony were from Gadsden and Bessemer, Alabama outside of Birmingham. They recorded a total of 32 songs during the years 1943-46, mostly under the name the Original Kings of Harmony after having toured Alabama, Mississippi, and Texas with the Golden Gate Quartet. This one was made in 1945.

4. Southern Wonders Quartet - I Shall Ever Stand
Recorded June 24, 1940 by the Memphis, Tennessee area group, one of only 10 songs they cut. The group comprised of James Huff, Randolph Butler, Eugene Cunningham, and Guy Reynolds. They continued to perform until at least 1950.

5. Jordan River Boys - When the Moon Goes Down in the Valley of Time
One of only eight sides made in the mid-to-late 40s by this group from the Charlotte, North Carolina region.

As of June 2020 100% of the net proceeds of the digital album will be donated on the first of each month to the NAACP Legal Defense Fun.

Alex Rita and Errol from Touching Bass feature in our special London edition of the Bandcamp Weekly.