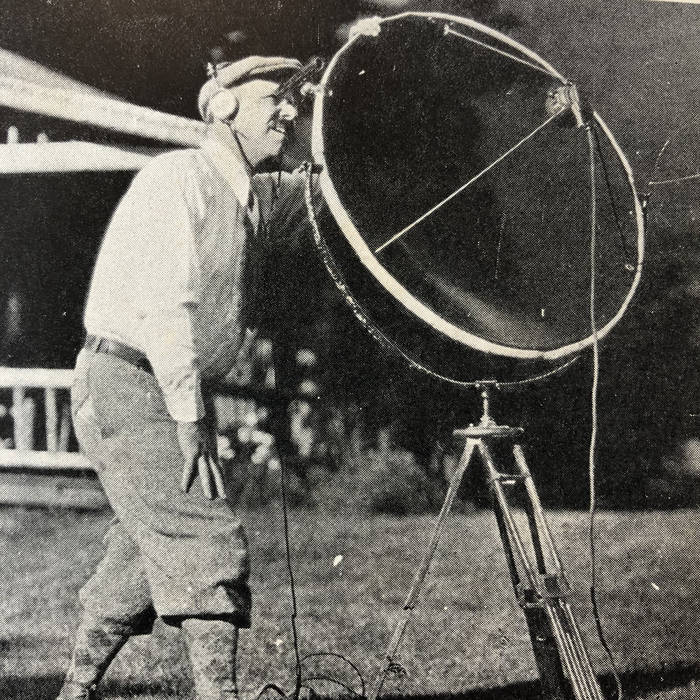 “War or no war, bird life is going on and even the armed powers of the three dictators cannot prevent it. I would like to advise everybody in a position to do so, to relax his nerves, in listening to the songs, now so beautiful, of the birds. If one watches carefully, one can be sure of surprises.”

No overview of the earliest bird recordings, captive or wild, could be thought of as nearing comprehensiveness without the inclusion of Ludwig Koch who made the first ever recording of of a bird - his own pet shama - when he was 8 years old in 1899 and produced field recordings of birds starting in the 1930s. His omission from this collection dooms it to patchiness in addition to its inherent flaw of being of marginal interest to the general public.

Reissuers of early recordings often suffer from an unconscious credo of “I collect therefore, I am,” and if this particular anthology is symptomatic of that disordered impulse, I hope that it can be excused partially by something important within the epigraph by Koch. The business of collecting is a process, and this collection is one of several manifestations of a particular process I have been involved with for years having to do with the relationship of humans to birdsong and our millennia-old attempts to connect ourselves to birds by capturing something about their music making in our own activities. The first compilation that appeared, called Ecstatic & Wingless, was on the genre of bird imitation on stage and on record. The next called Siffleuses was specifically on female whistlers, who were part of that bird imitation tradition. Those two and this collection were drawn together by a series of lectures on the broad history of the relationships people have the idea of capturing birdsong. (One of those talks, given at the Library of Congress, titled Canaries, Nightingales, Whistlers & Transcribers: Birdsong, Bird-Imitators & Early 20th c. Recording is available as a video online.)

But Koch’s quote points to the endlessness of birdsong and the brevity of our attention to it. So, whatever I do toward presenting material I’ve gathered as part of this activity is forever a snapshot-of-a-snapshot. It is just part of the process of something that was here long before us and will be here long after and has been altered and manipulated by us in myriad ways. The bird-fanciers, scientists, and recordists whose work is presented here have been covered in a number of books and articles in recent years. I haven't tried to gather that information here. But not so much of the sound is available and certainly not in one place where a person can revel in the details of them, should anyone want to.

Ornette Coleman said: “I’m in love with Eternity. What I mean is that I don’t care about how many changes that goes on, as long as it keeps going on.”
War or no war.