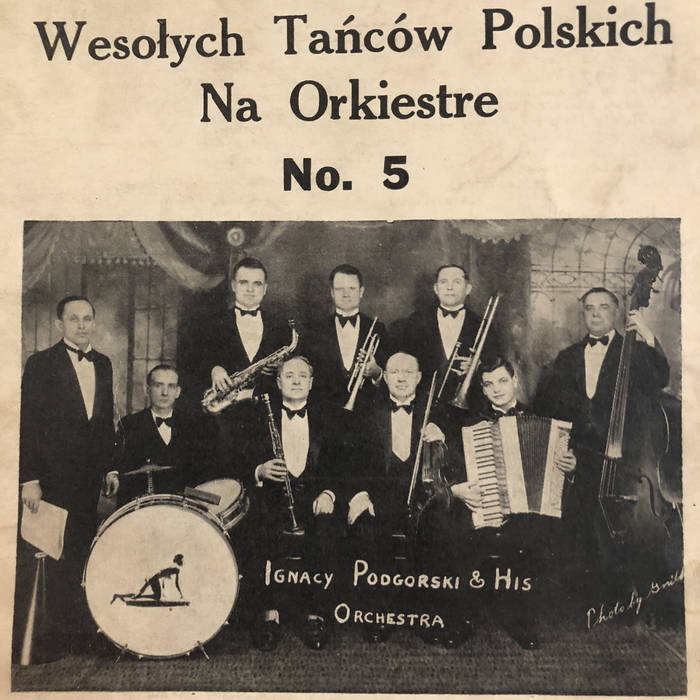 "On the wedding day of Yanko and Katshka, the silence of the camp is broken by the sound of a screeching violin, followed by the wailing of a clarinet and the grunting of a bass viol. Above the discord of noise made by those instruments is heard the voice of the bridegroom, who leads the dance with the song: 'I am so glad I have you, I have you, and I wouldn’t sell you to anyone.' If you enter the house of the bride, you will find it full of sweltering humanity, all of it dancing up and down, down and up, while the fiddlers play and the bridegroom sings about 'The sweetheart he is glad to have and wouldn’t sell to any one.'
Usually the Slav dancers provide the notes and the bank notes also; for at the end of the piece half a dozen stalwart men will throw themselves in front of the musicians, each one of them demanding in exchange for the money tossed upon the table, his favorite tune to which he sings his native song. The result is, half a dozen men, each singing or trying to sing, a different song, all of them pushing, crowding, and at last fighting until in the middle of the room you will find an entanglement of human beings which beats itself into an unrecognizable mass."
Edward A. Steiner, On the Trail of the Immigrant (Fleming H. Revell) 1906

All of the performers on this collection were born in the late 19th century in a geographical region bounded east to west by the cities of Budapest to Odessa and north to south by Bucharest to Vilnius - an area a little larger than the combined square mileage of Texas and New Mexico. Around 1900, this region was the intersection of three empires, the Austro-Hungarian, Prussian, and Russian, and today includes all or part of ten countries.

The period 1890 to 1930 saw the largest wave of immigrants that the United States has ever seen. By its peak in 1907, nearly 15% of the U.S. population was foreign-born with more than half of foreign-born population having arrived from Eastern Europe. The 1940 U.S. census found that 3,569,360 people living in the U.S. spoke Polish, Russian, Slovak, or Ukrainian as their first language, only 200,000 fewer than the number of people for whom Italian was their native language. This does not count native speakers of Yiddish, Hungarian, Czech, Rumanian, Slovenian, or any of the other languages or dialects of the region.

In a 1982 essay on ethnic recordings in the U.S., Pekka Gronow showed that Columbia Records - one of two major record labels in the U.S. before the Second World War - released 1,856 discs for the Polish, Russian, Slovak, and Ukrainian markets between 1923 and 1952. Add to this thousands more released by Victor and numerous smaller labels, in addition to the other Eastern European ethnic/language groups, and it becomes clear that tens of thousands of performances by Eastern Europeans were released in the U.S. by immigrant performers in the first half of the 20th century, greatly outnumbering those by Southern (Italian, French, Greek, etc) and Northern (German, Danish, Finnish, Norwegian, English, Irish, Scottish) European immigrants.

It was in this era that America built its lexicon of racial slurs: polack, hunkie, russki, kike, etc. for the Eastern Europeans, dago, greaser, wop, etc. for the Southern Europeans. The polite press avoided these terms but argued openly about the presumptions underneath them: Are they criminals? Are they mentally inferior? Are they prone to violence and drunkenness? Are they capable of assimilation? Can they be trusted? Social scientists appeared before Congress and argued, using reams of data gathered from prisons and insane asylums, that America’s integrity, our very moral substance, and the future of the country’s “breeding-stock” would be irreparably denigrated by the continued influx of Eastern and Southern Europeans at the rate things were going. In response, in 1924, the Johnson-Reed act was passed, setting quotas on the number of immigrants allowed in based on their nation of origin. Those numbers were designed to reset the ethnic makeup of the U.S. to what it had been before 1890, namely predominantly White Anglo-Saxon Protestant. And those quotas stood for four decades, so that baby boomers lived most of their lives in an America that was more predominantly native-born than their parents or grandparents had. The repeal of the quota system has allowed for increasing immigration over the past forty years to the point that we are, once again, approaching the level of a 15% foreign-born population, and, once again, we are publicly discussing the same questions: “Can they ever be like us?” “Won’t they take over and make a mess of things?” and, worst of all, “Aren’t they basically violent/ criminal/ inferior/ sick/ bad people?”
These have always been questions of power and, inherently, questions arising from fear of the diminution of power.

The individuals who played on these recordings were predominantly Slavs - Catholic, Greek and Russian Orthodox primarily, possibly some Protestants - as well as Jews and Roma, speakers of a half-dozen languages and ethnic identities who did not always get along with one another. In the U.S., all lived, at the time of these recordings, near the industrial hubs of New York, New Jersey, Pennsylvania, Ohio, and Illinois, where the mines, mills, and factories often worked men six days a week for twelve to fourteen hours. William P. Shriver’s book Immigrant Forces: Factors in the New Democracy (Missionary Education Movement of the United States and Canada, 1913) estimated that the average Lithuanian, Slovak, Polish, South Italian, or Hungarian man over 18 earned $400-$450 a year; 43.5% of the foreign-born population earned under $400 a year. One factory owner said the wage was 16 cents an hour. Asked by an inspector, “how long do they last?” He replied, “Well, they’re no good after forty-five. But you ought to see these Polish women and children work when they’re put to it. Why, a woman and a half-grown girl will feed the whole family, and the man too. The stockyards are full of them.”

The average cost of a record - two songs at a total duration of about six minutes - in the 1920s was between 75 cents and a dollar. Kate Holladay Claghorn’s The Immigrant’s Day in Court (Harper & Bros, 1923) notes:
“A clever and heartless scheme, playing upon the immigrant’s homesickness and loneliness was reported to the New York State Bureau of Industries and Immigration [1915]. An offer was made through the foreign press to sell a phonograph ‘with records of your national songs in your own tongue’ on payment of $5 and the balance on small installments. On receiving the machine by express with instructions to collect on delivery the entire amount of the balance. The immigrant, usually unable to pay so large a sum, had to allow the express company to take the machine back, so that the phonograph company retained both the machine and the original payment. A great deal of money was collected in this way. The fraudulent transactions of one man in this line of business was found to have netted him about $125,000 a year, and it was learned that he kept an emergency deposit of $30,000 to be used for legal services should he be arrested. The man, when caught and convicted was fined $750.”

Of thee I sing.

Compilation, transfers, and restoration by Ian Nagoski, January 2019.
this one's for Wendy.