Everything is Fake: Armenian Kef Music in NYC in the 1940s 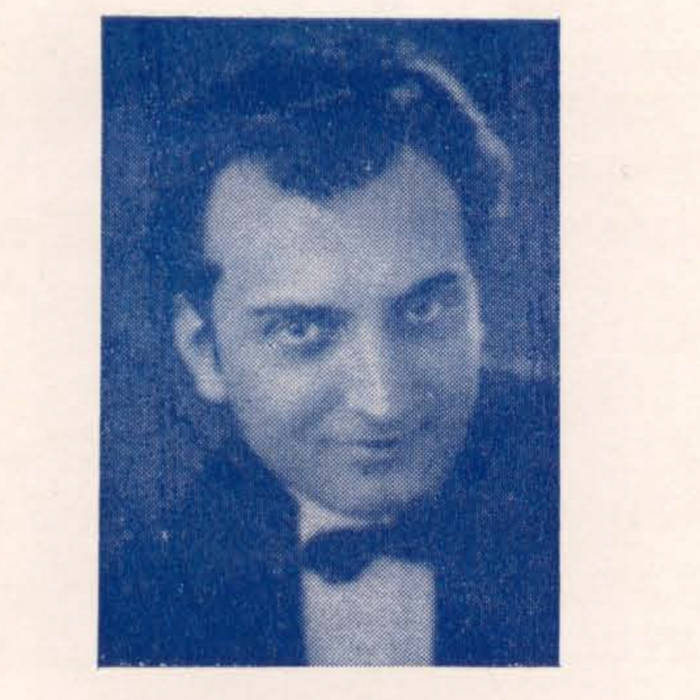 Harry Kezelian Superb restoration effort by Ian Nagoski of one of the classic Armenian-American singers of the 1940s, of what later became labelled Kef Music. Not to mention the writer of the (now overplayed) theme song of the entire genre, "Sood E, Sood E", which has travelled back to the Middle East and Armenia. Favorite track: Kez Gi Sbasem (I'm Waiting for You).

Edward Bogosian was born Yetvart Boghosian in 1900 in Constantinpole. During the 1920s-60s, he was an immensely popular performer for Armenians in America and progenitor of kef music. The term “kef,” derived from the Turkish for “stoned,” came to mean “good times” and was the music associated with partying and relaxation for a community driven by ambition, hungry to assimilate into the U.S., and still traumatized by the genocide of over a million of its people in the mid-1910s in Anatolia. The music was a rocking and fun expansion on the folk music of a homeland to which the audience could no longer hope to return.

He was no one’s idea of a great singer. But he was funny and a spontaneous and charasmatic performer. Although he is barely-remembered today he was a much-loved and greatly influential in the mid-20th century. His biggest hit of the 1940s, "Sood E, Sood E” (“It’s Fake, It’s Fake”) is still performed at Armenian-American gatherings with a ubiquity that border on the cliché.

Bogisian was the son of an actor and teacher known as Nazaret Effendi, a short, bushy-eyebrowed, serious and renowned figure in the theater scene of Constantinople. Yetvart began performing professionally in his teens, and at 20 emigrated to the United. States. For the next forty years, he toured and performed relentlessly throughout New England at the mid-Atlantic, playing theaters, picnics, and the boozy gatherings where Armenians let off steam. Through the 1920s, he appeared in over a dozen touring companies of plays and operettas including the popular “Arshin Mal Alan,” Through the 30s and 50s, parallel to the “borsht belt “of Jews in the Catskills, Armenians had their own “yogurt belt” of resorts where he was a mainstay. His songs mention periods at the seaside hotels of Asbury Park, New Jersey, where he played.

He first recorded a dozen performances accompanied by the Guzalian group and, in other cases, by the group headed by the popular tarist Shah-Baronian, in the late 20s for the Pharos label, based out of the Vartesian Brothers watch and jewelry store on Third Avenue. (Six of them are available on the Canary release Very Sweet: Armenian-American Independent Releases vol. 2 ca. 1926-29.) About fifteen years later, he cut another thirty performances for the independent Metropolitan label. Harry Kezelian has proposed that the backing band for most, potentially all of the backing for most of those Metropolitan sessions was the Arviz group from Philadelpia: Bernard Kondourajian (b.1897; d. 1988), violin; G. Kalayjian, oud; and K. "Tommy" Nersesian, dumbeg. We know that violinist Nick Doneff and likely the oudist Marko Mekon accompanied him on some recordings (including tracks 5 & 15.) The performances on this release are all derived from those recordings. (Nearly all of the remaining performances are available on the Two What Strange Place B-Side download release.)

His songs were often derived from traditional melodies with his own sardonic lyrics, dealing with the troubles of immigrant life, of finding and keeping love, of partying and family. They were plainly impolite, honest, and border-line raunchy.
In the 1960s, two short-run LPs were issued material from his Metropolitan sides, attesting to some continued interest in his songs. They included a few new performances, among them a follow-up to “Sood E, Sood E.”
Bogosian died in 1977.

This collection includes amazing full English translations of every song by the kef music expert and historian Harry Kezelian. (See his fascinating keftimeusa.blogspot.com ).

This collection was originally intended as a release within the forthcoming Don't Let Me Be Lost to You set, dealing with the Me Re/Balkan/Kaliphon/Metropolitan label in New York. That project continues and will see release in 2019. This is just an aspect of it.

Transfers and restoration by Ian Nagoski.
Translations by Harry Kezelian.
Research by Harry Kezelian and Harout Arakelian.
Thanks to Gary Lind-Sinanian and the Armenian LIbrary and Museum of America.

If you like Everything is Fake: Armenian Kef Music in NYC in the 1940s, you may also like: