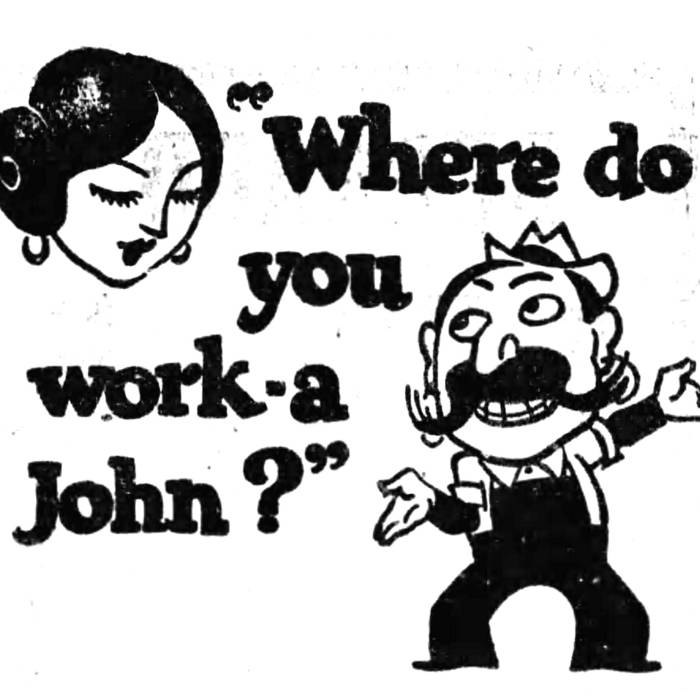 Rod Stasick My grandparents arrived in Canada from Ukraine in the early 1900s, so this is a must have for me - especially from a wonderful label of historical goodies.

As of Feb 24, 2022, proceeds from this album will be donated to the International Committee of the Red Cross.

Among the quarter-million Ukrainians who arrived in the U.S. between 1900 and 1930 was a young man named Pawlo Humeniuk who had been studying violin for almost two decades. Variants of his name appear, but because of research undertaken in the 1970s-80s by Dick Spottswood, first and foremost, and subsequently Victor Greene, we have a pretty good picture of his life and remarkable career. Much of what follows restates work they published.

Humeniuk was born in a small town now called Pidvolochysk in present-day western Ukraine in 1883, territory that changed hands among several governments as boundaries were drawn and re-drawn over the half-century that followed. He arrived in the U.S. in 1908 at the age of 25, where he joined his brother with whom he opened a violin building and repair shop and formed a band. He lived and worked in the Lower East Side of Manhattan, where a cultural hub for generations of Ukrainians was the Surma book and music shop run by Myron Surmach. According to Spottswood, Humeniuk - then a 31-year-old father of three - happened to have been in the shop one day in 1925 when a representative of the Okeh record label came in and inquired about village-style Ukrainian musicians who might be willing to record for the label. Surmach introduced the label guy to Humeniuk, and a recording date was set for December 8. Four months after that recording session for Okeh, Humeniuk began recording for Columbia Records, and, after a false start in March 1926, cut six sides in April that changed American music.

According to Gayle Dean Wardlow, the record business in the 1920s operated under the premise that to break even on a record, labels had to sell 500 copies and that they were looking for one in every ten recordings they released to turn a significant profit. It was in this context that a 12” disc titled “Ukrainian Wedding” made by Humeniuk in April 1925 sold well over 100,000 copies, essentially assuring him a steady recording career for the next fifteen years and creating a new market out of whole-cloth for recordings of rural music made by Slavs in the U.S. Pekka Gronow pointed out that while Ukrainians were roughly the nineteenth largest foreign-born ethnic-language group in the U.S. in 1940, they were ranked seventh among groups represented in releases by Columbia Records during the years 1923-50. While there were about two-and-a-half million Poles in the U.S., Poles released about 800 discs during that period, while there were less than 100,000 Ukrainians, who released 430 discs. This could, in a sense, be partly be accounted for by the runaway success of Humeniuk’s “Ukrainian Wedding” recording.

There were several factors at play in the disc’s sales. Certainly it had to do with the personalities of Ewgen Zukowski and Rosa Krasnowska, the comedian-actor-singers who performed as the vocal stars. Their abilities to project a sense of the real-life joys and sorrows in the midst of the emotionally-charged moment of the “wedding” was a key. The performances were essentially a mini-play, alternating dialogue and music over eight minutes across two sides of the disc, bridging the technological gap between staged theater and radio drama. It was all very recognizable, the tears and the laughter and the dancing, not only to Ukrainians but also many other immigrants from Eastern Europe. It felt like home.

Surmach later said of Humeniak: "He made it like [a] village song, just folk, really what they play ... in the villages ... without looking [at] notes. He would usually close his eyes [when hey played]. And when he made ... records , I put [them] on the phonograph and people [said], 'Oh, that's how they play[ed] in my village.' And they [would] stop to buy. And I couldn't get enough of those records." (Quoted by Victor Greene in A Passion for Polka: Old-Time Ethnic Music in America, University of California Press, 1992.)

Dozens of variants followed in its wake, because when you have a winning formula in the entertainment business, you milk it. So, to this day nearly 100 years later, any given pile of Slavic 78 rpm discs of the 1920s-30s in any given basement, attic, or yard sale will include include some skits with musical interludes. Newspaper documentation shows that performances of staged “mock” weddings performed by traveling troupes and lasting five hours were popular entertainment among Ukrainians in Pennsylvania and New Jersey during the early 1930s.

Although at the time of this writing, we are lacking much in the way of biographical material on Ewgen (or Eugen) Zukowsky (b. 1896; d. 1961), it is clear that he recorded prolifically through the 20s and 30s, having cut over 200 performances under his own name between 1926 and 1938 in addition to the scores of discs he made with Krasnowska and Humeniuk during the same period. We have a little more information about Rosa (Ruzalia or Rose) Kraswnowski who was born April, 16 1897 in the village of Dahowa, now central Poland and emigrated July 1911. In 1930 she was living singly as a boarder at 121 E 10th St. on Manhattan and she identified herself as a dishwasher to a census enumerator. On her 1938 petition for citizenship, her address was 544 E 60th St. in Manhattan, and she listed her occupation as "actress."

Humeniuk recorded about 300 performances under his own name (sometimes in variant form to be marketed to other Slavic communities) between 1925 and 1940, but he also performed on scores of recordings released by various singers, including Zukowsky and Krasnowsa, under their names. Among them was Theodor J. Swystun (b. ca. 1900). Sywstun was arrested in January 1928 at his home in Philadelphia for having immigrated illegally. He was a 28 year old student at Temple University at the time. A judge granted him a stay, releasing him on $500 bond. He recorded a total of 24 sides over a half-dozen sessions between April 1930 and December 1933. As president of the Ukrainian Society in Philadelphia, he spoke at the Ukrainian Hall on N. Franklin St. in 1932 in support of resolutions that the Leaugue of Nations should protect western Ukrainians from the violations of civil rights under the Second Polish Republic. He died July 29, 1963.

Issues of Ukrainian identity and nationalism figured into the recordings. The three-disc, six-part series of skits-with-music recorded in December 1932 and included at the end of this collection were translated on the discs’ labels as “A Trip Back Home” and depicts the entirety of an imagined round-trip journey of a Ukrainian immigrant to his homeland and then back to the U.S. A literal translation of the title, however, is closer to “On Seeing the Border,” the border in question apparently being the Curzon Line, the demarcation set in 1919 dividing what was then eastern Poland and what is now western Ukraine. In that context, the ebullience of the last two sides upon the protagonist’s return to his community in the U.S. is especially touching.

Primarily workers in physically grueling industries, particularly in coal mines and steel plants, next to Slovaks, Hungarians, Serbs, Croats, and Poles, with whom they were collectively derided as “hunkies” and “bohunks,” Ukrainian-Americans took immense solace from their peculiar status nationally both in their politically volatile homeland and as new immigrants in music at weddings, house parties, community dances, and on disc recordings. The ubiquity of Humeniuk’s style spread through his 78s among the Ukrainian community, including the community in Alberta, Canada, in part through their use by the dancer and teacher Vasil Avramenko, influencing generations of Slavic performers in North America. His virtuosity is unmatched by his apparent contemporary Michal Thomas (professionally referred to as Michala Thomasa or Michael Thomas), also a fiddler of the village style, about whom we don’t have any definite biographical information. We know for now only that he made 13 discs under his own name between 1929 and 1933 and that he served as accompanist to Ewgen Zukowski. We hope to fill in the blank that his name represents in the near future. He was good.

Pawlo Humeniuk stopped recording in 1940 as a new style of accordion-lead, post-Prohibition polka music became more popular in the U.S. He died January 24, 1965 at 71 years old. Many of his recordings were reissued on various LPs. A great collection of his 1925-27 recordings produced by his primary biographer Dick Spottswood was issued by Arhoolie Records in 1992, and an excellent 4CD set on JSP records produced by Chris King called Ukrainian and Lemko String Bands came out in 2011 that included a of lot of his recordings. We recommend both highly. This collection is intended to be a complement and extension of those.

Sound and notes by Ian Nagoski
Translations by Mariya Savachenko